We use cookies to make your experience better.
To comply with the new e-Privacy directive, we need to ask for your consent to set the cookies.
1974 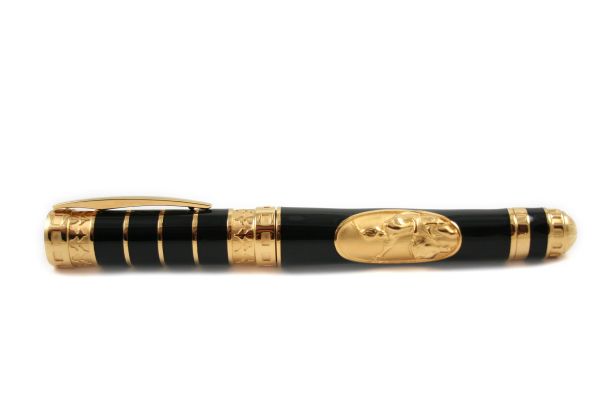 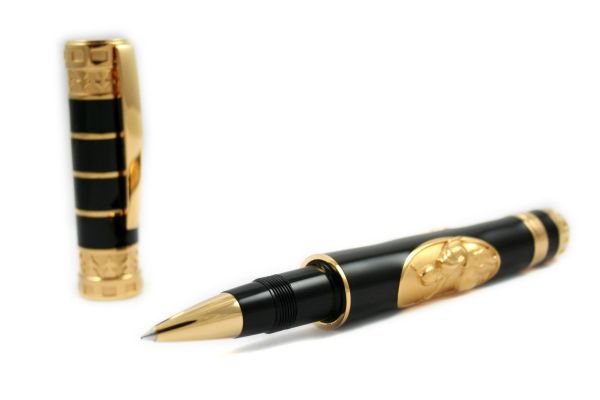 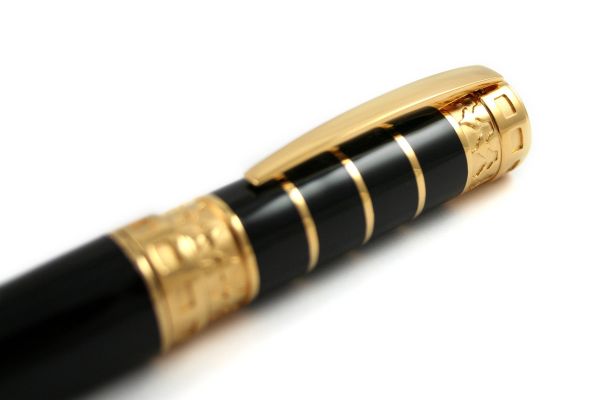 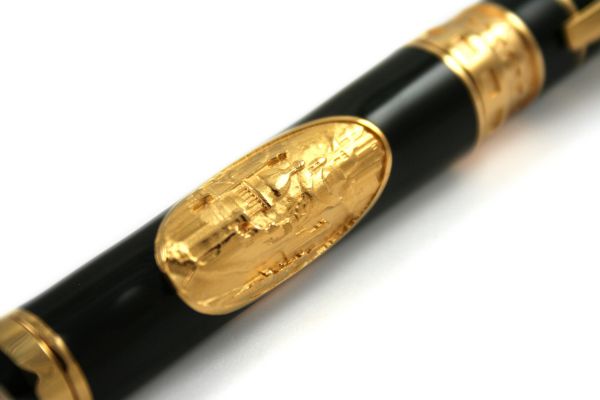 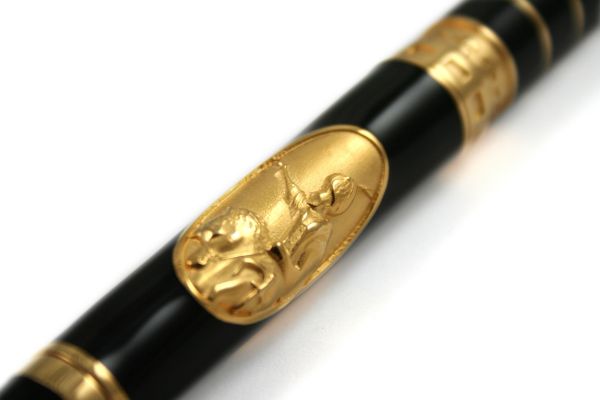 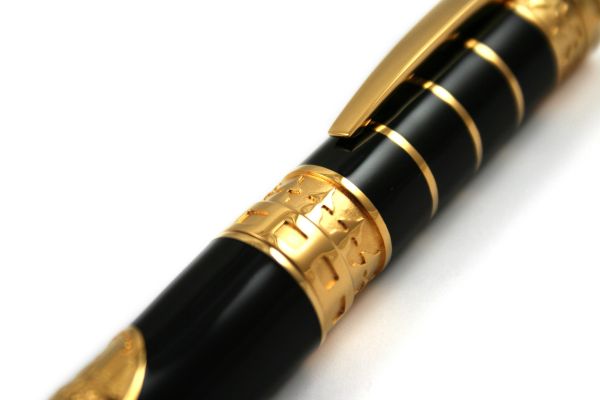 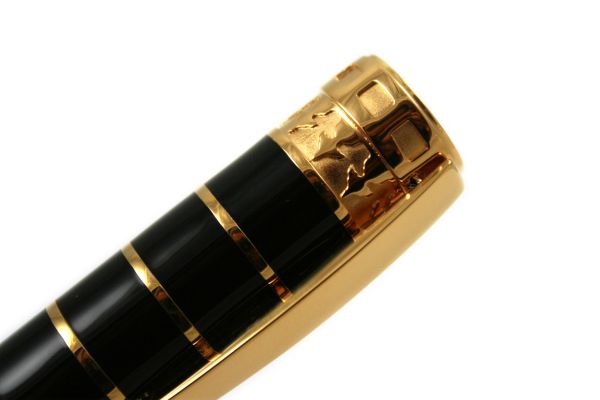 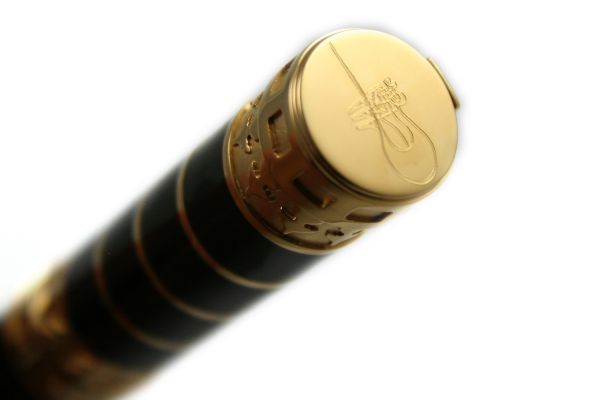 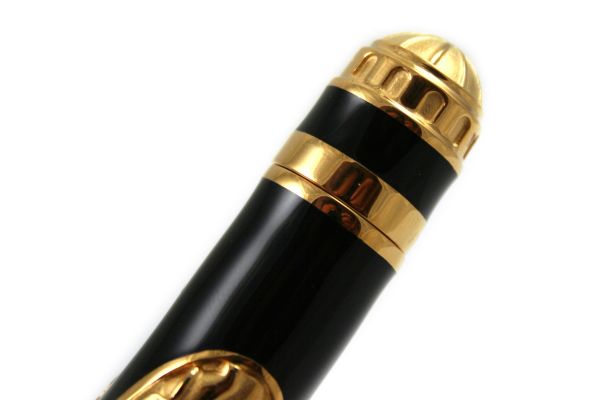 PLEASE NOTE: The Italian pen maker Omas has suspended production and new pens are no longer being manufactured. The Omas pens we have in stock are new pens from the original manufacturer and have not been previously owned. These pens are older pen stock, so they might show signs of aging. We've added a steep discount on all Omas pens that takes into account this possible aging. Prices are final. For further details or pictures, please give us a call at 504-988-7265.

This year, as this most recent model,“Istanbul’un Fethi” from the series entitled “Masterpieces Down the Centuries” is launched to the attention of aficionados of writing; the importance of penmanship is revisited through a different context.

The history of each and every civilisation bears life and order changing moments. Treaties are signed and lands are exchanged between two or more parties. Or more severely, as evident in many instances, battles are fought and blood is shed, which in return hands all the power of one leader to another. The conquest of Constantinople in 1453 is one of these major events.

Mehmed II had taken over Constantinople with the use of intelligent war tactics as well as the use of the cannon that had started as a new tool to avoid direct contact with the opposing party. When Mehmed II ascended the throne in 1451 he had devoted himself to empowering the Ottoman navy, and in the same year made preparations to conquer Constantinople. At first, Mehmed II erected the fortress of Rumelihisarı opposite the fortress of Anadoluhisarı which had been built by his great-grandfather Bayezid I. Whence the immaculate fortress of Mehmed II had been completed, he proceeded to levy a toll on ships passing within reach of their cannon. During the conquest, a Venetian vessel refusing signals to stop, was sunk with a single shot. Mehmed II had managed to make use of the cannon to the best of its capabilities. As can be seen in the instance of the Conquest of Constantinople by Mehmed II, the characteristic qualities of each and every leader lie in their ability to implement thought into action. Hence, even today, 558 years after the conquest of Constantinople, we can see that Mehmed II’s “pen” was mightier than his “sword”.

Today, what stands against and fights the wither of time is not a cannon but a pen. The perfect pen. So what makes a perfect pen?

The perfect pen is one which reflects the character of the penman. The perfect pen slides into the hand of any leader like a feather and glides across the paper with no effort at all. The perfect pen could be one that is tributed to a significant event such as the Conquest of Constantinople that represents the power of thoughts and words. The perfect pen is also carefully mastered to emphasize the importance of a leader’s signature.

This perfect pen that will become the landmark of all your important documents is inspired by the Ottoman cannon that was so crucial in attaining the siege of Constantinople. The body of the pen is adorned with two eloquent reliefed medallions which represent the city of Constantinople and Mehmed II, the Conqueror, while the top of the cap bears the inscription of Mehmed II. The domed knob of the pen depicts the magnificent dome of the Hagia Sophia; otherwise known as the Holy Wisdom, which still continues to be a unique landmark of the city of Istanbul. The dome of the Hagia Sophia is engraved on the 18 carat gold nib. 1453; the year on which Constantinople was conquered, is emphasised on the barrel.

We have also produced 29 pieces (of which 20 are piston filling fountain pens and 9 are roller balls) in rose gold, depicting the day on which the city of Constantinople was conquered, which are treated with black enamel on the barrel. Then, last but not least we have designed and created 5 immaculately crafted, piston filling fountain pens made of white gold and diamonds with maroon enamel treatment on the barrel.

All of these pieces are presented to you in a hand crafted packaging Made in Italy, on which a stylised sailing ship on the cover draws attention to the importance of the Ottoman fleet during the conquest of the city of Constantinople under the command of Mehmed II.

The pen is certainly mightier than the sword, when the pen is perfected to such extent. It is now time, that this perfect pen finds your hand to slide in, to perfect every moment of your life whatever your endeavours may be as the leaders of a new world.

PLEASE NOTE: The Italian pen maker Omas has suspended production and new pens are no longer being manufactured. The Omas pens we have in stock are new pens from the original manufacturer and have not been previously owned. These pens are older pen stock, so they might show signs of aging. We've added a steep discount on all Omas pens that takes into account this possible aging. Prices are final. For further details or pictures, please give us a call at 504-988-7265.